In January 2016, The World Economic Forum (WEF) released a report called The Future of Jobs. The executive summary is included below.

A related and more recent report was released by The World Bank which is called the World Development Report 2019: THE CHANGING NATURE OF WORK.

This report can be downloaded here.

As a part of the report on the Future of Jobs, the WEF published what they considered as the top 10 skills, required to enable people to thrive in the future world of work.

Why are these skills identified as the top 10?

The World Economic Forum among others, consider that we have entered a Fourth Industrial Revolution.

“The First Industrial Revolution used water and steam power to mechanize production. The Second used electric power to create mass production. The Third used electronics and information technology to automate production. Now a Fourth Industrial Revolution is building on the Third, the digital revolution that has been occurring since the middle of the last century. It is characterized by a fusion of technologies that is blurring the lines between the physical, digital, and biological spheres.

There are three reasons why today’s transformations represent not merely a prolongation of the Third Industrial Revolution but rather the arrival of a Fourth and distinct one: velocity, scope, and systems impact. The speed of current breakthroughs has no historical precedent. When compared with previous industrial revolutions, the Fourth is evolving at an exponential rather than a linear pace. Moreover, it is disrupting almost every industry in every country. And the breadth and depth of these changes herald the transformation of entire systems of production, management, and governance.”

Forming habits to embed these skills into your work pattern

First, it is important to identify the required behaviours that will enable you to build these required skills. 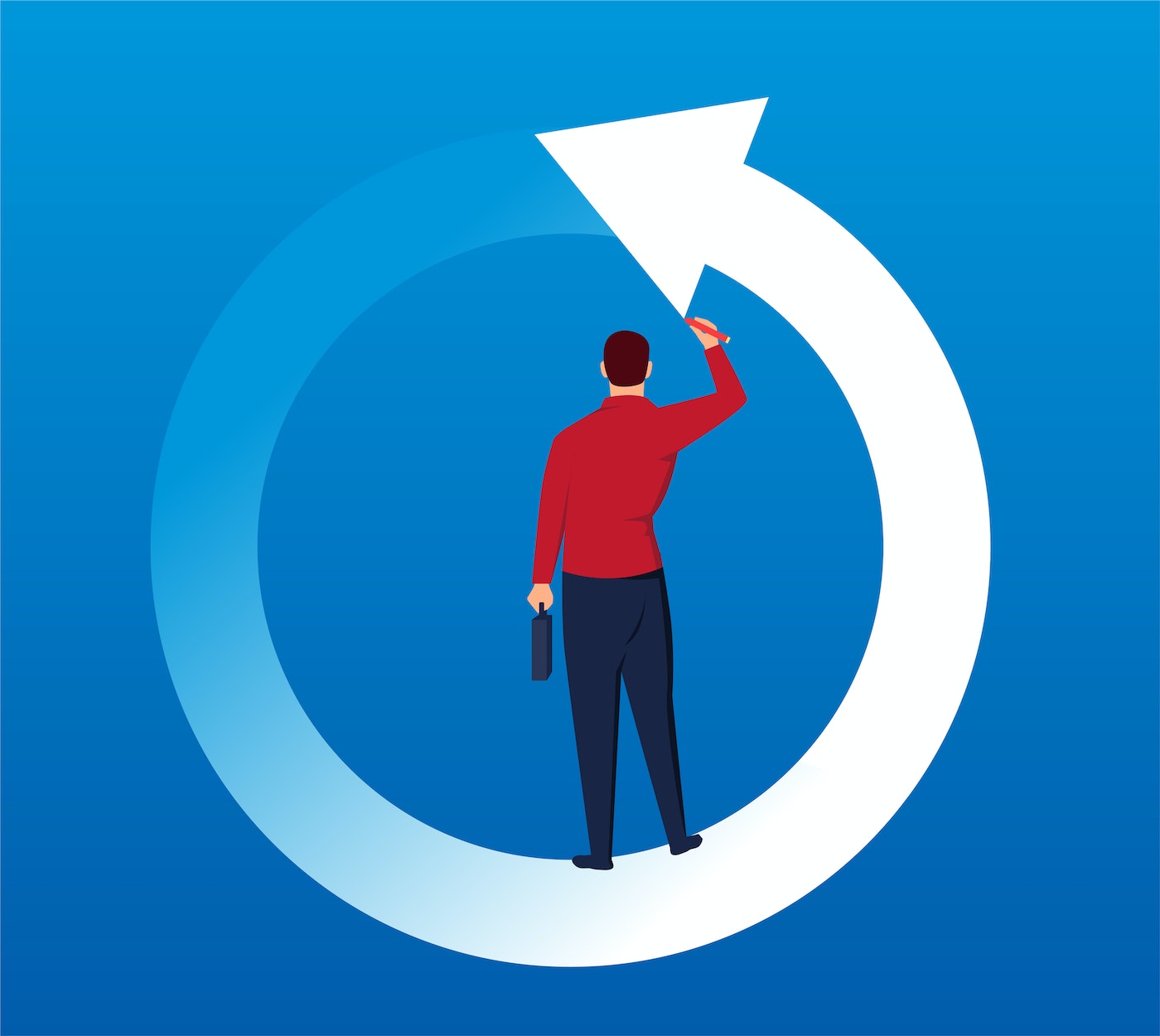 You can then anchor these behaviours into your day-to-day work, with a clear implementation plan, to close the gap between knowing and doing. This will help ensure you practice the behaviours enough for your brain to form new habits (automate some of the work).

For creativity, you could practice forming remote associations.

For people management, you could practice being clear in your communication on WHAT people need to do and WHY it is important, while letting them determine the HOW for themselves.

For co-ordinating with others, you could practice giving and receiving feedback, to support your development and the development of others, while building trust and mutual respect.

You can learn more about forming habits here.

Your brain’s functioning and role in providing these skills

The ability to develop and perform these skills is determined by your brain’s functions, especially the cognitive functions. These include thinking, reasoning, self-control, forward thinking and language.

We use the Rider and Elephant metaphor, coined by Jonathan Haidt, NYU, to simplify the functioning of the brain. This helps you to better understand how your brain functions and how it influences your behaviour. 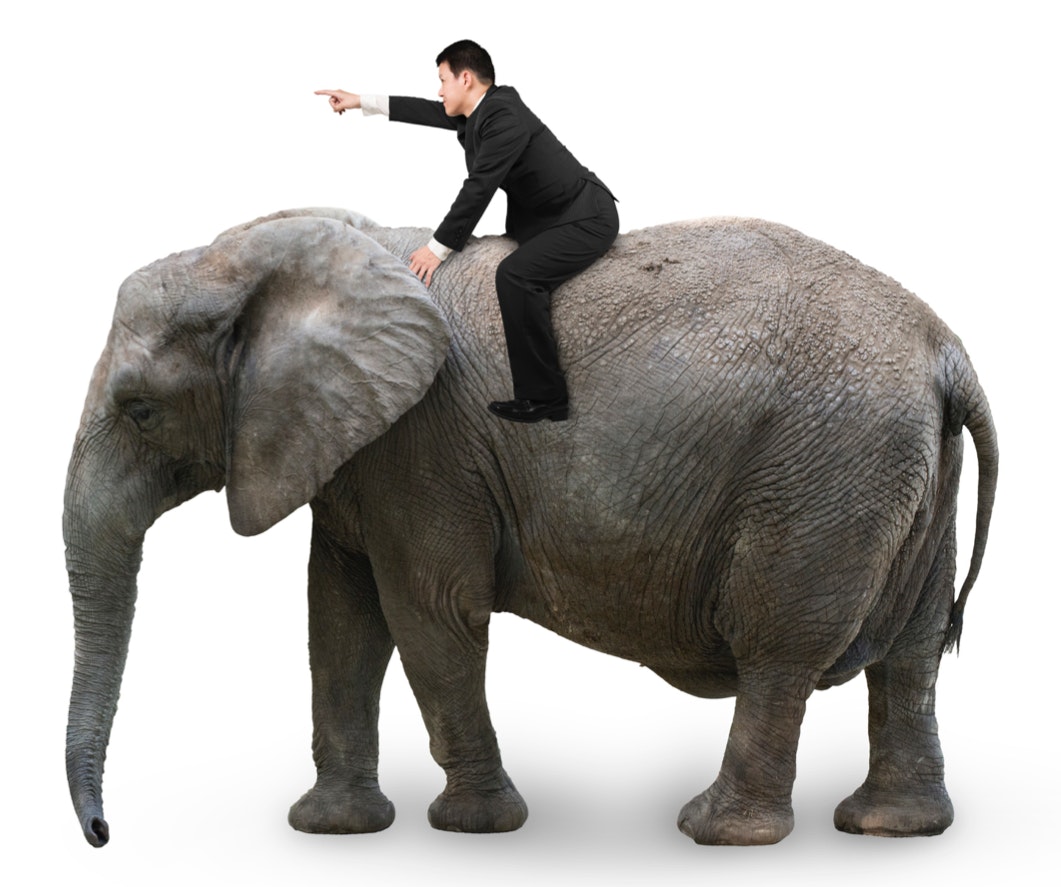 The Rider, also known as the Conscious, Rational, Controlled, Deliberate system, provides your brain’s cognitive functions. The Rider might provide these advanced functions, although he/she is not a machine that can work at high speeds continuously.

The Rider requires immense amounts of our brain’s resources and tires easily.

The Rider has a limited, common resource for making decisions, planning and exerting self-control. For example, using effort on self-control will limit the resources we have left for solving problems (also known as cognitive depletion).

This is like exercising a muscle, during which we work the muscle then let it rest to regain energy again. Luckily, our Rider’s resources can also be renewed through recovery. More on this below.

You can learn more about the Rider and Elephant here.

For your Rider to provide you with these cognitive functions he/she needs enough resources, hence the importance of managing your energy management.

In the current world of work, this becomes even more critical as our brains are the most important resource, organisations have in delivering growth and the desired business plan.

The impact of globalisation, technology, economic uncertainty and the “always on culture”, makes energy and attention management more challenging, albeit more crucial than ever.

Stress inhibits your ability to perform the skills

Stress has been defined as the “psychological and physical state that results when the resources of the individual are not sufficient to cope with the demands and pressures of the situation”.

Stress is an important part of growth and development; it can be positive and not necessarily harmful.

Stress can be simplified as: A response to activation, during which our bodies use resources.

Mild, short-term stress can be beneficial. We become more alert, our thinking rate increases, concentration improves, and our motivation and performance are improved.

The problem occurs when we experience long-term stress with no intermittent recovery (rest). Unbroken high stress and the resulting high alertness breaks down our body and brain and can lead to disease and exhaustion.

Long-term stress also inhibits our Rider’s cognitive functions and our attention management. We become more reactive, thinking and behaving from a survival mode.

This essentially means we have less ability to perform the 10 key skills that help us to thrive in the modern world of work.

One scientific theory is that our bodies follow 90-minute ultradian rhythms of alertness. This rhythm results in periods of more, then less alertness.

Following the theory on ultradian rhythms, on average, we should ideally work no longer than 90 minutes before taking a 15-20-minute break.

Therefore, working for longer periods than 90 minutes is thought to increase our stress level as the body must draw on this emergency response to keep us going. This stressed state negatively impacts the functioning of the Rider and therefore reduces our executive functions (solving problems, making decisions, planning, self-control, etc). There are exceptions, for example when we get into the state of flow.

For many people working in organisations, this might not be realistic. The psychologist, Ron Friedman considers that one effective approach is to schedule two breaks of 15 minutes, one in the morning between 10:00-11:00 and one in the afternoon between 14:00 and 16:00.

In the US, the centre for disease control and prevention says that taking as little as a 5-minute break, is beneficial.

You could simply start with building a habit of taking the afternoon break which tends to be the one we need most.

For example, spending the morning in back-to-back meetings, with no recovery, will quickly deplete your mental resources, resulting in a lack of mental resources left, to ask critical questions, come up with remote associations for creativity or provide useful feedback.

There are several ways we can manage energy. For example, we can reappraise the situations, events, people that negatively drain us; to reduce the negative impact. We can also become better at managing our energy (body and brain’s resources).

An example of an enabling behaviour is getting 7-8 hours of high-quality sleep. Sleep is the most effective way to recharge your resources. For example, it can increase your ability to learn, by at least 40%.

Regular breathing exercises or meditation enables us to better focus our attention and improve emotional regulation.

Eating a healthy meal or snack every 3-4 hours helps to balance blood sugar and results in better decision making.

We look at these enabling behaviours and the enabling environment in depth in this series of articles.

In addition to being aware of the enabling factors, it helps to understand how we can turn these behaviours into automatic habits (something the elephant helps us with). This reduces conscious effort from the rider (think willpower and self-control) and provides us with more mental resources for other tasks.

As mentioned above, taking as little as 5 minutes to breathe or meditate can provide your brain with the resources it needs, to focus attention.

This focus can be used to perform the IDEAL approach to critical thinking or the resources to come up with more remote associations when the aim is to be more creative.

The amount of widely available advice on enabling behaviours is overwhelming. 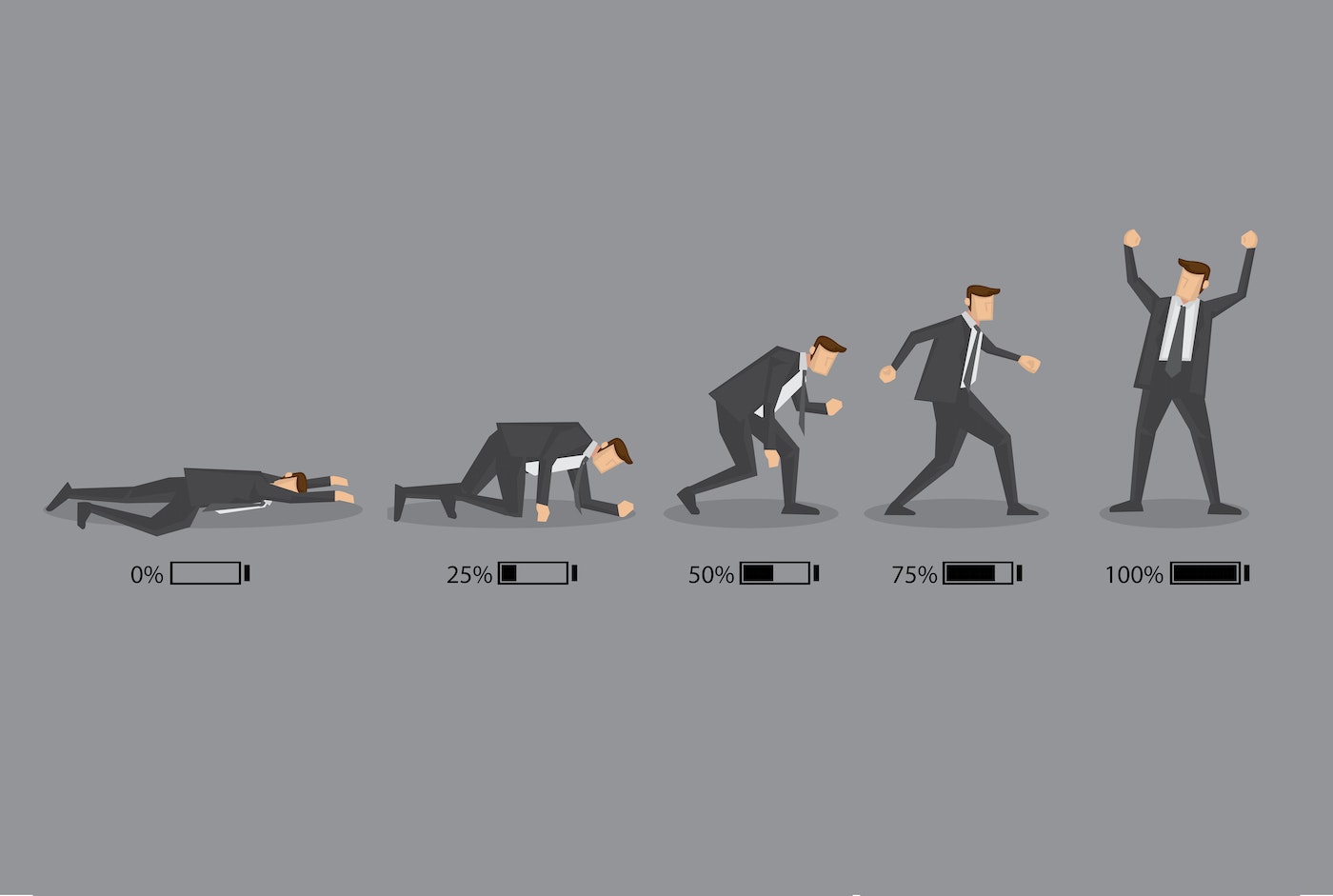 We are bombarded by generic information on what we SHOULD be doing to achieve this. How to exercise, how to relax, how to prepare for sleep.

The question is, what do YOU really need to focus on, to achieve an optimal balance of resources?

You can use Heart Rate Variability (HRV) data to discover which behaviour change will be the most effective and impactful for YOUR well-being and performance.

Heart rate variability (HRV) is the variation in time between consecutive heartbeats. It is a proven biomarker for physical and psychological health.

For example, if you have a HR of 60 bpm (beats per minute), the assumption could be that there is one second between each consecutive heartbeat, as there are also 60 seconds in a minute (effectively an HRV of 0). Although this is not the case.

The time between each heart beat is measured in milliseconds and depends on the level of activation being experienced. So even though your HR might be 60 bpm, there might be 0.8 seconds between the first and second beat, then 1.2 seconds between the second and third beat.

The lower the activation levels (for example during rest or sleep) the higher the variability (HRV) and the lower the HR.

The higher the stress experienced, the lower the HRV. There is an inverse relationship between HRV and HR.

In the image above we see a person’s HRV data for two work periods.

The top work period is not sustainable as there is no recovery. The person is just burning through their energy and resources. This pattern inhibits their cognitive functions and ability to perform the top skills.

The bottom work period is sustainable due to the person’s experience of recovery splitting up their periods of stress. This helps the person to recharge their battery, providing energy and resources to their brain.

So HRV can be used to objectively focus in on the most impactful habit that will help you to better manage your brain’s resources and therefore your ability to perform the top 10 skills.

You can measure HRV and make it meaningful using FOCUSWRX.

Your balance between stress and recovery is monitored so an imbalance can be detected and reacted upon in time.

You can also connect your Microsoft Office 365 or Outlook calendar, to learn how specific meetings or people impact you.

FOCUSWRX helps you to manage your body battery by detecting the events that drains and gains your body battery. You then receive recommendations for behaviours that are effective at managing your energy and attention.

FOCUSWRX helps you learn how to conduct data-driven experiments to discover which behaviour works best for you.

You receive objective data that helps you answer questions such as:

Based on your current priorities, do you spend your resources on the right tasks and with the right people?

Are you unnecessarily draining your resources with urgent but unimportant tasks?

Some work, such as uninterrupted focus time, routine tasks and learning; actually provide more resources than they take. How can these be scheduled within your day to get a more sustainable pattern?

For organisations, anonymous group reporting enables the creation of more impactful interventions based on objective data of a group of people.

For example, you can discover the most draining time of the workweek and why this might be. You can then design ways of working that increases daytime recovery and reduces stress.

You can also analyse at the individual level and share insights on the Work Modes and work activities to identify optimisation opportunities.

Image showing analysis of energy usage for a week.

FOCUSWRX’s overall objective is to help you turn the effective behaviours into habits so that you achieve a work pattern that enable sustainable high performance, while supporting well-being.

By forming effective habits, you automate the key behaviours that maintain a balance in your body battery, promoting the effective use of your cognitive functions. This provides you with the optimal brain functioning to implement the top 10 skills for thriving in the current and future world of work.